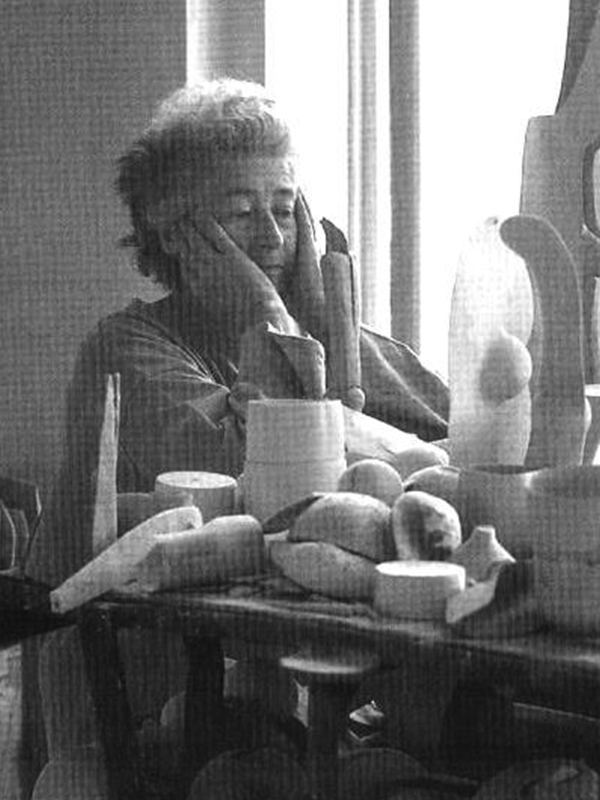 Ruth Duckworth was born Ruth Windmüller in Hamburg, Germany in 1919. She began drawing at a young age and left Germany for England in the mid-1930s, fleeing the Nazis. She attended the Liverpool College of Art from 1936 to 1940, studying painting and drawing. Throughout the 1940s, she took various jobs as a puppeteer, tombstone carver, working in a munitions factory and even spent some time working in Lucie Rie’s ceramic studio.

In the early 1940s, she enrolled in the City and Guilds of London Art School, shifting her focus to sculpture; explaining the change, Duckworth later said that “there’s no material that so effectively communicates both fragility and strength.” In the late 1940s she continued her studies at the Anglo-French Art Center in Kensington, where she met her soon-to-be husband, sculptor Aidron Duckworth. They worked on their first commission together in 1948, creating fourteen bas-relief limestone carvings for St. Joseph’s Church in New Malden, England.