I have discovered in my sculpture something that I used to feel when I was a performing magician during my high school and college years, living in Phoenix, Arizona. It is the creation of visual paradox.

Founded in 1960 by art dealer Allan Stone (1932–2006), the New York gallery known today as Allan Stone Projects has been admired for over half a century. Celebrated for its eclectic approach and early advocacy of pivotal artists of the 20th century, Allan Stone Gallery was a leading authority on Abstract Expressionism, the New York dealer for Wayne Thiebaud for over forty years, and showed the works of Willem de Kooning, Franz Kline, Arshile Gorky, Joseph Cornell, John Graham and John Chamberlain. Stone also promoted and collected the work of a younger generation of artists whose aesthetic tendencies were in conversation with the historical holdings in his collection. In addition to modern masterworks and contemporary art, Allan Stone also collected and exhibited international folk art, Americana and important decorative arts and industrial design. 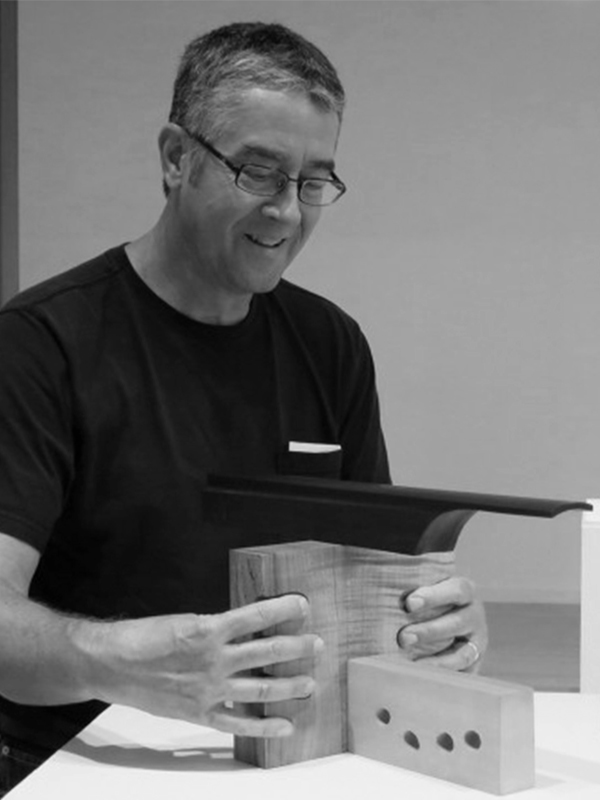 Carlton Bradford was born in Corinth, Mississippi, in 1957. The artist received his BA from Grand Canyon College in 1980 and an MFA from the University of Arizona in 1986. Bradford has taught at the University of Arizona and the College of Marin in Kentfield, CA. Bradford has had solo shows at Stephen Wirtz Gallery in San Francisco, the SOCA Gallery in Scottsdale, Arizona, and The Lawrence Art Center in Lawrence, Kansas. His work has been written about in The Arizona Daily Star, The Sciences magazine, The San Francisco Chronicle, and Artspace magazine. He lives and works in Tucson, Arizona.

Carlton Bradford defies the functions of objects by transforming the utilitarian into the unexpected. Like Assemblage artists of the late-50s and early-60s, like Arman and César, Bradford uses everyday staples of occidental life as his source material and point of departure. In Bradford’s world, handguns, baseballs, hammers, violins, tables, chairs, and steel-flatware, are shown as objects of another universe, where laws of physics no longer apply and strange new shapes are customary. Baseballs come oblong, bats are shaped like boomerangs, inch-thick silverware, and i-beams come lodged with handguns. Like Robert Arneson or H.C. Westermann, function is eschewed for humor, fantasy and commentary. Bradford compares his sculptures to the work of a magician, “It is the creation of visual paradox. As in magic, the viewer is seeing something that could not happen, and yet it is happening.” Like any great “maker,” it is Bradford’s precision and refinement that allow for such allusions and the suspension of disbelief in his audience.