Art is a demonstration of human life. Art is a revelation instead of information. 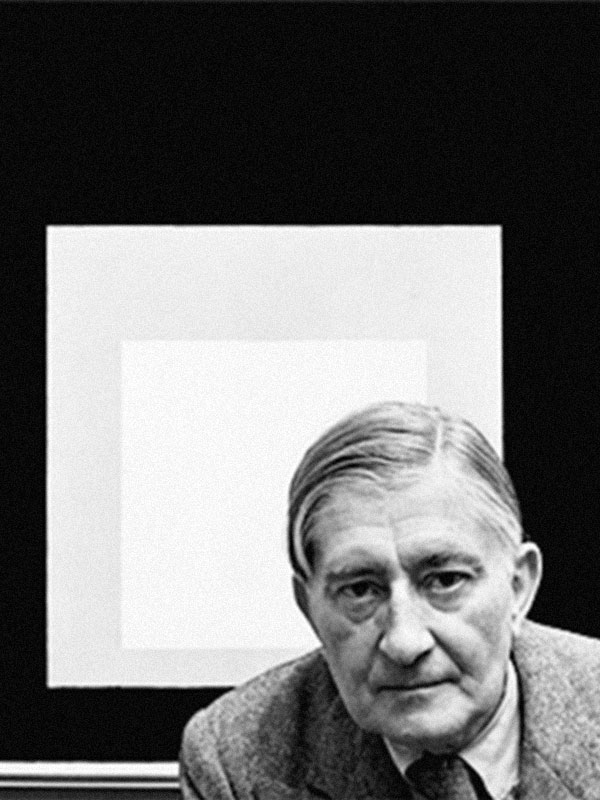 From a young age, Josef Albers possessed an innate interest in glass and color. His father was a painter, and as a child, Albers loved to watch his father create. Albers commenced his formal training in art under the Dutch glass artist Jan Thorn-Prikker, who was a former follower of Henry Van der Velde. Beginning his studies at the Bauhaus in 1920, Albers quickly became involved in new experimentations in glass and painting. While he was a student, Albers began dating Anni Fleischmann, a talented student in textiles at the Bauhaus and in 1925 the two married. That same year, Josef became the Bauhaus master, the first student to hold the position.

The Albers moved to the United States in 1933, leaving Germany due to the rise of the Nazi Party. The architect, Philip Johnson recommended Josef Albers for a position at the newly formed Black Mountain College. Albers headed the progressive school’s art program and while director he taught many of the most celebrated American artists of the twentieth century, including Ruth Asawa, Robert Rauschenberg, Richard Serra, Robert Motherwell, Kenneth Noland, and others. In 1949, Albers left Black Mountain College to serve as the Chairman of the Design department at Yale. It was there that he executed his most famous series of paintings entitled Homage to a Square.

Throughout the 1960s, Albers received several commissions to craft murals for new architectural projects; notably, in 1963, he completed a monumental abstract mural for the Pan Am building in New York. In 1971, five years before his death, Albers was the first living artist to be honored with a retrospective at the Metropolitan Museum of Art in New York.