In 1964, B. G. Mesberg, founder of the venerable furniture manufacturer Directional, sought a designer to replace Paul McCobb who severed his longtime relationship with the manufacturer after a dispute. Mesberg was already familiar with the work of a young metalworker named Paul Evans, and the two men quickly developed a rapport. When Mesberg hired Evans to design a handful of coffee tables with copper and steel bases, he could not have imagined the prolific collaboration which would unfold over the next eighteen years.

Early designs for Directional, like this cabinet of magnificent proportions, were made in Paul Evans’s studio in Lambertsville, New Jersey. It was not until 1970 that Evans opened a 30,000 square foot factory in Plumsteadville, Pennsylvania to produce works exclusively for Directional.

Page from the 1968 Directional catalog.

Advertised as "Sculptured Metal by Paul Evans" in the 1968 Directional catalog, this attractive early cabinet features steel doors rather than a steel facade affixed to wood or plywood as found in Evans's later designs. Laboriously hand-forged, the cabinet is signature Evans: baroquely modern, unforgettable in form. 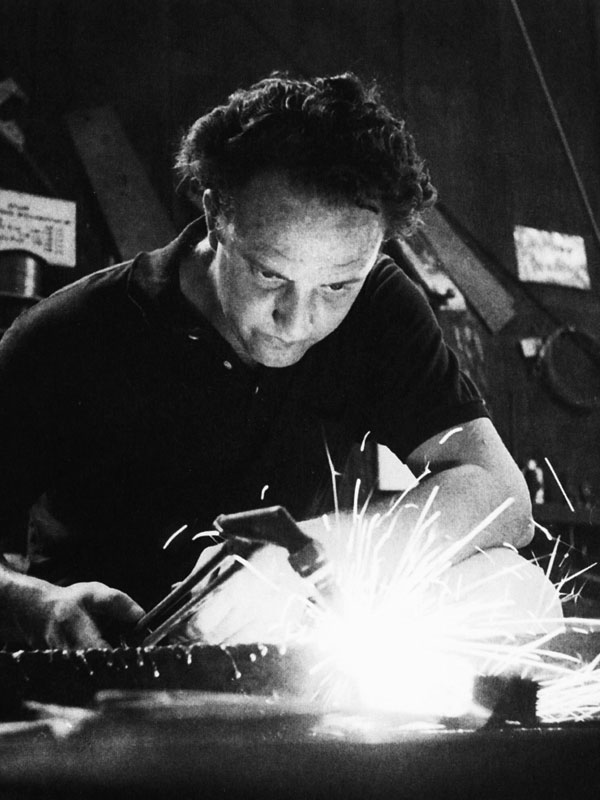